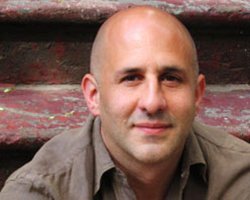 The Jeannette K. Watson Distinguished Visiting Professorship in the Humanities

Jazz in Troubled Times: The Relevance and Resonance of a Culture

Through a two-week residency at Syracuse University as Watson Visiting Professor for 2019, cultural journalist and music critic Larry Blumenfeld examines jazz as an aesthetic construct, a living culture, a language of many dialects, a personalized science and a framework for thought and action as related to social justice. Through lectures, presentations, workshops and public discussions, he looks beyond conventional histories and limitations of genre and style to tell stories of empowering legacies, ongoing struggles and essential cross-cultural connections. He proposes jazz as a resonant form and relevant framework for understanding personal and communal identities in turbulent times. He also investigates timeless traditions of improvisation, and the current relationship between arts and activism. In doing so, Blumenfeld draws on his 30 years of journalism and criticism; his immersion in the jazz cultures of New York, New Orleans and Havana; and his ongoing dialogues with celebrated musicians.

BIOGRAPHY: Larry Blumenfeld is a culture reporter, music critic and lecturer, who writes regularly for The Wall Street Journal, and has contributed to many newspapers, magazines, scholarly essay collections and websites. His work focuses on jazz and Afro-Latin music, and on the intersections between culture, politics and activism. His research as a Katrina Media Fellow for the Open Society Institute inspired a book about cultural recovery in New Orleans, due next year from the University of California Press. He was a National Arts Journalism Fellow at Columbia University’s Graduate School of Journalism. He curates Spoleto Festival USA’s jazz series; the Deer Isle Jazz Festival in Stonington, Maine; and the National Jazz Museum in Harlem’s series, 'Jazz and Social Justice.'

The 2019 Watson Professor residency is hosted by Eric Grode - director of the Goldring Arts Journalism Program, and Assistant Professor in the S.I. Newhouse School of Public Communications.

The Jeannette K. Watson Distinguished Visiting Professorship in the Humanities is a preeminent lectureship originally established by the Watson family to support on-campus residencies of prominent humanities scholars, writers, and artists.